Adnan Ćerimagić from Gračanica is a highly recognized analyst of a non-governmental organization called European Stability Initiative (ESI) from Berlin.

He constantly participates in meetings where European forums are talking about Bosnia and Herzegovina, where he is always open and direct.

Like the organization for which he works, Ćerimagić is tirelessly and uncompromisingly working on breaking down the bad image of our state and tells the truth how it is - BiH is not at all as bad as many are attempting to portray it.

In Bosnia-Herzegovina discussions on possible membership in the EU range from those who claim that BiH will never become a full member of the EU to those who claim that because of increasing Russian, Turkish and Chinese influence and importance of BiH for the regional stability the country will quickly become a member of the EU even if it does not fulfill all conditions. What is the view of BiH’s EU membership in EU capitals these days?

These are dramatic days in European politics. During the recent NATO summit it looked for a moment as if the US President questions the very existence of alliance. Since recently in Rome there is a government that questions the usefulness of the EU. There is the prospect of trade wars between the three blocs - the US, China, and the EU. Of course there are also real wars in Syria and in Ukraine, chaos in Libya, the issue of how to treat migrants and American pullout from the Iranian deal. In some EU member states, like Poland and Hungary, the independence of courts is under severe attack.

Against this background, if European leaders think about the Balkans then only if countries surprise them positively or if there is a real chance that countries could surprise them positively. We have seen that in the case of Albania, which fulfilled very demanding conditions for opening of accession talks with the EU, but even more in the case agreement on name dispute between Skopje and Athens. We see it also in relations beween Belgrade and Pristina, where the EU still believes there is a chance for agreement on normalization of relations.

Realisticaly speaking, European leaders do not think much about Bosnia. Bosnia does not worry them and the expectations are low in general. While a majority of observers of the Western Balkans are convinced that Bosnia is constantly on the verge of some new conflict, those who decide on whether to dedicate time and resources on Bosnia are convinced that changes are impossible, and that nothing positive should be expected from Bosnia. They consider it a success that Dayton peace and democracy have survived despite numerous prophecies of their collapse.

But does not the situation in BiH show that positive changes are impossible?

No, no, that is not true. Bosnians and Herzegovinians are as capable of being successful as any other Europeans, and not only in football, sitting volleyball or the cinema. Bosnian diplomats, civil servants, and politicians are as capable of success when they work on the right issue as those in neighboring countries. We have seen it in 2006 when Bosnia finished negotiations on the SAA only two weeks after Montenegro. To the surprise of many in the EU. Or at the time of the visa liberalisation process, during the European Partnership, etc. Today we need to fairly analyse on the basis of facts why Bosnia is almost a decade behind Montenegro. And learn from it.

Why is that so?

Over the years a “dark legend” about “doomed” Bosnia has developed; about Bosnians and Herzegovinians “being incompetent,” their constitution “hopeless” and society “obsessed with irrational emotions.” And that “nowhere in the world exists something similar to what one can see in Bosnia.”

This is not how people today regard Montenegro, Serbia or Croatia, but also not Macedonia and Albania. They should not look at Bosnia in that way.

Bosnia’s biggest failiure is not the Dayton constitution, which worked well in preserving peace, but the failiure to develop and implement sound economic, educational and social policies. Bosnia needs politicians, intellectuals and a civil sector that comes with concrete proposals on how to strengthen institutions within the current constitutional order, how to improve policies and catch up with neighbours and the EU when it comes to the quality of schools, support to entrepreneurs, production and exports, promoting tourism and creating decent health care. All that is possible and achievable, because Bosnia has both human and natural resources, but they need to be encouraged and motivated.

Several times you mentioned “Dayton democracy”, many would rather respond it is “Dayton straight jacket.”

There are too many myths about Bosnia that manage to survive. Those myths are then used as an excuse for policy failures. Bosnians should not accept them. Education is a cantonal responsibility in the Federation and entity responsibility in RS. So why are governments in Tuzla, Sarajevo, Livno or Banja Luka not competing to have the best schools? Why are they not reaching out to Slovenia or Estonia, which I am sure would be happy to help them, and ask them how they managed to reform their schools in a short period of time and now have one of the best schools in the world? It is similar for health care, agricultural policy, tourism: why are different governments not competing in who does the best job in what they are responsible for?

The Bosnian problem is not that it faces a straight jacket. From 2002 citizens of Bosnia had an opportunity to choose among a high number of political parties, each time more voters turned out and voted, compared to 2002 in 2014 there were half a million more voters. Very often they voted for change. Since the end of the war Bosnians have seen more democratic changes of government than some of its neighbours who are today considered frontrunners in the EU accession process. And even some EU member states.

The Bosnian problem is that there are too few serious and concrete policy debates and ideas on how to improve public policies.

The EU itself bears a lot of responsibility for this because it wasted more than a decade of Bosnia’s time on irrational conditions which only led to strengthening of myths about Bosnia and not their weakening. From police reform and insisting on Bosnians to sit and wait while the international community agrees on how to split the Office of the EU Special Representative and OHR to insisting on Sejdic-Finci as the essential condition.

Where is Bosnia-Herzegovina today on its path towards the EU?

At the moment Bosnia is the only country that has applied for EU membership but does not even have official candidate status yet. This is shameful. It is not only Bosnia’s fault, but also a result of the EU treating Bosnia differently from Montenegro, Serbia or Croatia. There is no reason why Bosnians should accept this kind of treatment from the EU.

Politicians and civil society should demand from the EU and its member states that Bosnia is treated in the same way as its neighbours. Bosnia should be required to meet the same standards as its neighbors, and not some arbitrary standards such as implementation of the decision of the European Court of Human Rights’ ruling in the case of Sejdic-Finci, which was ruled on a basis of a standard that Sweden, France, the UK and 17 other EU member states rejected to accept in their own countries, and it was imposed as condition on Bosnia at the time when only six EU member states had a better track record than Bosnia in implementing ECHR judgements.

Bosnia needs realistic but ambitious goals on its path towards the EU and not to be told that it should be happy if in ten years it manages to open accession talks. Something Croatia needed little over a year to do.

What do you suggest as realistic but ambitious goals in the coming years for BiH?

The goal should be for Bosnia to receive candidate status as soon as results of the October elections are implemented and new governments begin to work, and by the end of 2019 Bosnia should open accession talks. Bosnia can and must be in the same group as Macedonia and Albania.

For this to happen the EU needs to learn from the past, and when it comes to assessing and deciding on conditionality it needs to treat Bosnia as all other countries. That approach would not lead to EU demanding less from Bosnia, on the contrary it would mean that the EU would demand more. Bosnia would have more intense and better support from the EU and would at the end do more.

To get there we need to change a flawed perception of Bosnia - the dark legend of hopelessness.

The story of Bosnia in the past 23 years is the story of a state and democracy that now exists longer than any of the democracies that were newly established after World War I. Bosnian story is the one of a state and institutions that developed and strengthened over time. At the same time the story about Bosnia is the story about a state and intitutions that are still very, very far from being able to offer citizens the same conditions as EU member states offer their citizens. Bosnia can do much more than it does now, in particular in areas that affect the everyday life of citizens.

Democracy everywhere is about compromise. And this always involves consultations, negotiations, and takes time.

Some of the most successful democracies in the world - the Swiss, the Dutch - have the most intense processes of consultation before any law they pass. In order to come to a compromise different interests need to be taken into account. This is no different in Bosnia.

What is different in Bosnia is that compared to Switzerland or Belgium the quality of inputs during these processes is not as high. This can be changed with modernisation and improvement of existing institutions. And the EU accession talks can be of great help. The process of answering the questionnaire was the first step, where we once again have seen that Bosnians can do it. Of course, we have also seen certain concrete weaknesses and that it takes some time. In the Opinion the Commission will surely point to some of these and Bosnians will then have to address them. This is in the end the point of the process.

It is often said that BiH is unique in Europe because of its concept of constituent peoples and the depth of ethnic divisions. What is your opinion?

Bosnia is a diverse country, with different ethnic, religious and political identities. This does not make it special or unique in Europe. In reality, the Bosnian approach to ethnicity is more liberal than in many EU member states.

A Muslim Roma in Cyprus, an EU member state since 2004, has no choice but to belong to the “Turkish Cypriot community” according to the constitution. In Europe’s capital of Brussels Fuad or Aziz ran for the parliament either as Francophone or Flemish. And Aziz who chose to be Flemish can never become prime minister.

In South Tyrol at each census citizens are asked about their belonging and then on basis of their answer, which cannot be changed until the next census, they can take positions in administration, including judiciary, reserved for their group of choice.

In Bosnia the decision of ethnic belonging is fully left to the individual, it is not imposed, it can be changed and it is not written in any personal document. And if we compare divisions in the Northern Ireland where the so-called peace lines or peace walls physically divide different communities then the ethnic lines in Bosnian society seem invisible. 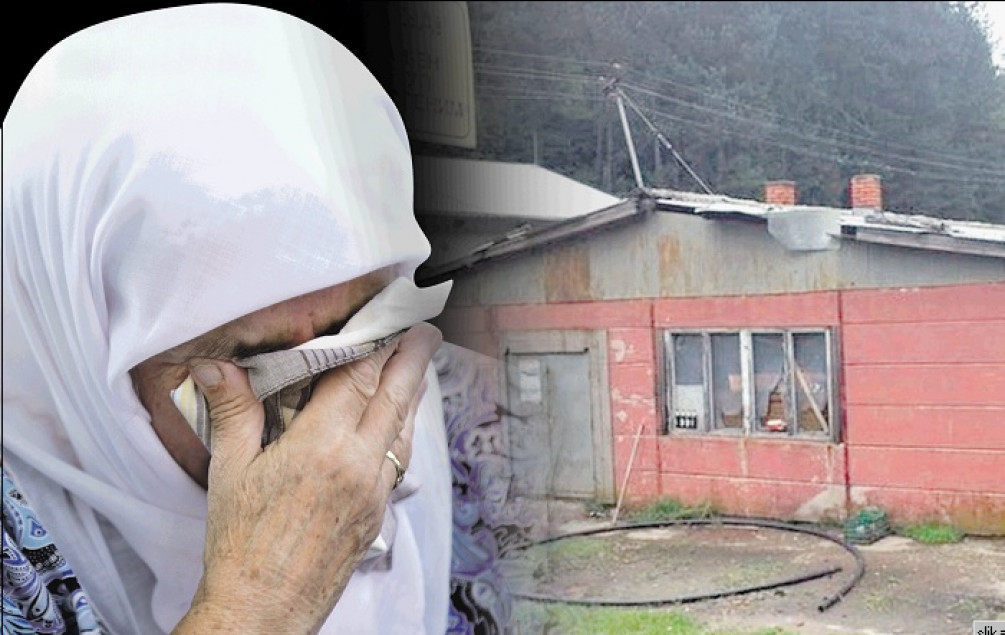 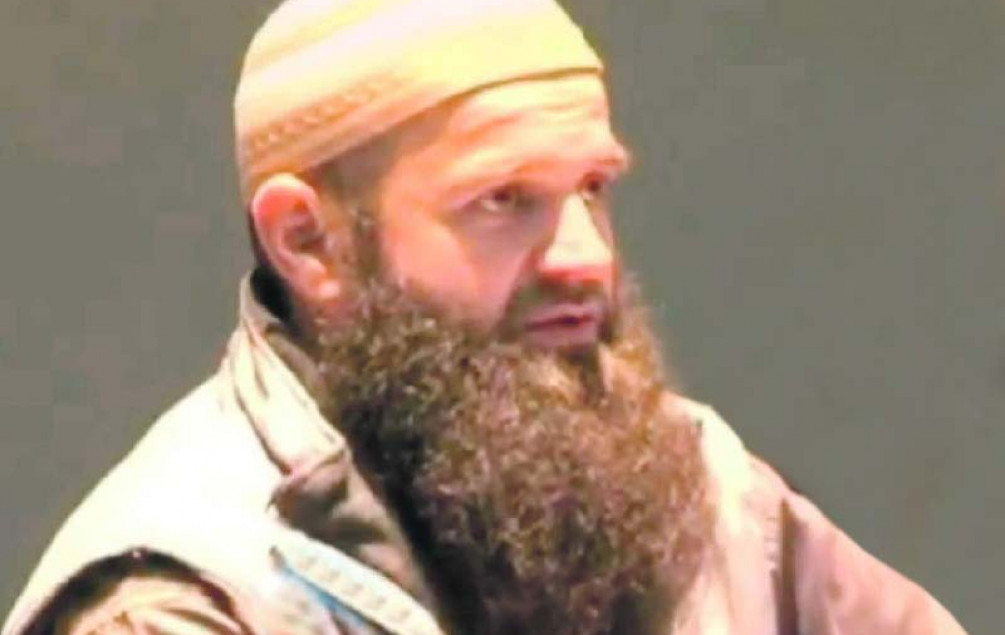 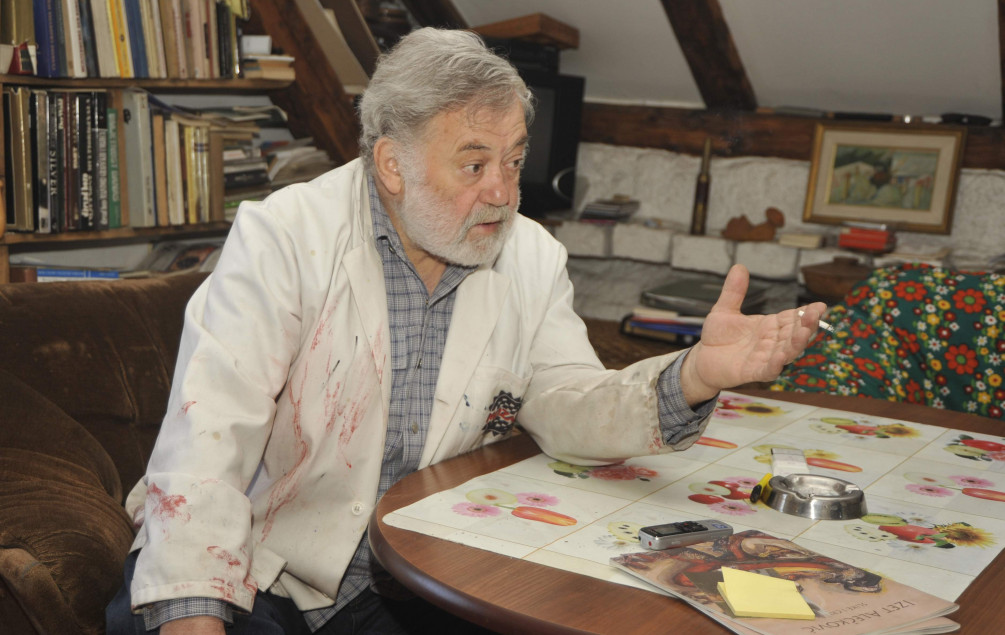