Communiqué of the Steering Board of the Peace Implementation Council*

The PIC supported the High Representative in B&H

The Peace Implementation Council Steering Board (PIC SB) Political Directors met via video conference on 1-2 December 2020 to review the process of implementation of the General Framework Agreement for Peace (GFAP), which remains the basis for a stable, secure and prosperous Bosnia and Herzegovina (BiH). The PIC SB reminded all parties of their obligation to comply fully with the GFAP, all its annexes, and decisions of the High Representative. It reaffirmed its unequivocal commitment to the territorial integrity and fundamental structure of BiH as a single, sovereign state comprising two entities. The PIC SB restated that the entities have no right to secede from BiH and only exist legally by virtue of the BiH Constitution. The PIC SB reminded authorities in BiH that the BiH Constitution is an integral part of the GFAP and that the decisions of the BiH Constitutional Court are final and binding and must be implemented. The PIC SB reiterated its full support for the High Representative in ensuring complete respect for the GFAP and carrying out his mandate under Annex 10 and relevant UN Security Council Resolutions, which remains unchanged. It underlined that the International Community retains the necessary instruments to uphold the GFAP. The PIC SB emphasized the need to fully implement the 5+2 agenda, which remains necessary for the closure of the Office of the High Representative.

The PIC SB marked the 25th anniversary of the GFAP, initialed on 21 November 1995 in Dayton, and signed on 14 December 1995 in Paris, and applauded the 25 years of enduring peace in BiH and called on all parties to continue to work together to create a sustainable and prosperous future. The PIC SB underlined that the values of rule of law and respect for human rights enshrined in the GFAP remain central to BiH’s future and to lasting regional stability.

The PIC SB heard briefings by the President of the BiH Central Election Commission (CEC) and a representative of the “Pod Lupom” Coalition for Free and Fair Elections, and welcomed their assessments of the conduct and outcome of the 15 November Local Elections in BiH, which took place in a largely peaceful atmosphere. The PIC SB congratulated the BiH CEC for organizing the elections and “Pod Lupom” for its extensive observation activities, both under the extraordinary circumstances of the COVID-19 pandemic. The PIC SB also extended congratulations to the elected candidates and urged for implementation of the election results as soon as possible following the verification of the results. Finally, the PIC SB congratulated the citizens of BiH for exercising their right to vote.

The PIC SB commended the adoption of legislative amendments in July enabling the holding of elections for the City of Mostar on 20 December, and encouraged political parties and independent candidates to approach those elections with forward-looking agendas aimed at uniting citizens and bringing significant improvements to the functionality of the City Administration in providing services. The PIC SB encourages all citizens of Mostar to participate in the elections, following COVID-19 guidelines, and calls on the eventual certified elected city councilors to lose no time in convening the new City Council and electing the new City Mayor as soon as possible.

Concerning elections in general, the PIC SB recalled the longstanding need to implement the OSCE Office for Democratic Institutions and Human Rights (ODIHR) and the Group of States against Corruption (GRECO) recommendations aiming to improve the electoral process. Weaknesses that allow for the manipulation of out of country voter registration in particular must be urgently addressed and resolved, and allegations of fraud must be investigated.

The PIC SB also heard presentations by TRIAL International BiH and the former UN Special Rapporteur on the promotion of truth, justice, reparation, and guarantees of non-recurrence on the issue of reconciliation, the lack of any meaningful such process in that regard in BiH is holding the country back from its true potential. The PIC SB echoed the messages from speakers at the 25th commemoration of the Srebrenica Genocide in July, and called on political leaders to engage in dialogue and take concrete steps towards profound reconciliation amongst all peoples. In this regard, the PIC SB welcomed the recent adoption of the revised National War Crimes Strategy and the positive thrust of the joint statement of the BiH Presidency on the occasion of the 25th anniversary of the GFAP emphasizing the importance of strengthening reconciliation, peace and mutual respect. The PIC SB called on political leaders to live up to their commitment to publicly honor all victims of the war and to once and for all cease rhetoric that would thwart reconciliation efforts, including the glorification of war criminals, genocide denial and historical revisionism.

The PIC SB urged the BiH authorities to advance decisively on reforms related to the rule of law and the fight against corruption, which are a key part of the EU accession process. The PIC SB underscored that judicial reforms are a key priority and expressed commitment to assist the BiH authorities in this regard. In particular, the PIC SB highlighted the need to amend the Law on the High Judicial and Prosecutorial Council (HJPC) to establish a robust asset verification process to better address conflicts of interest and other integrity-related issues, strengthen the independence, integrity and accountability of judges and prosecutors and members of HJPC, and enable judicial remedy against HJPC decisions. The PIC SB acknowledges the HJPC members’ decision to address recent developments and encourages appropriate action that will restore trust in the institution.

The PIC SB urged the BiH authorities/political and institutional leaders to address the following priorities without further delay:

- Adopt and implement the action plan on the 14 key priorities of the European Commission’s Opinion.

- Improve coordination and cooperation amongst all levels of authority in BiH on combating the COVID-19 pandemic and mitigating its socioeconomic consequences, and increase capacities in testing and contact tracing to slow the spread of the virus and flatten the curve in terms of its impact on healthcare systems.

- Reach agreement on electoral reform that takes into account decisions of the BiH Constitutional Court, and the Sejdic/Finci decision and related decisions of the European Court of Human Rights (ECtHR), which remain unimplemented, some for more than a decade. In the process of electoral reforms, refrain from taking legislative or political steps that would make the implementation of the ECtHR rulings more challenging.

- Take concrete steps starting at the highest political levels towards reconciliation in BiH, including through joint commemorations.

- Appoint the new Federation Government, as well as the governments of Herzegovina-Neretva Canton and Canton 10, all of which remain unappointed with governments from the previous mandates still in place more than two years since the October 2018 General Elections, and appoint pending positions at all levels, including members of the Federation Constitutional Court and of crucial state-level agencies.

- Ensure effective cooperation among all levels of authority in BiH and provide sufficient resources to manage migration and border security as the exclusive competences of the state, and ensure the fair distribution across the whole country of the responsibility for the humanitarian accommodation of migrants and asylum seekers. In line with international law, the restrictive measures arbitrarily limiting the movement of migrants must be lifted. 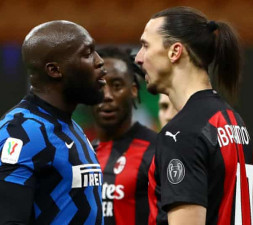 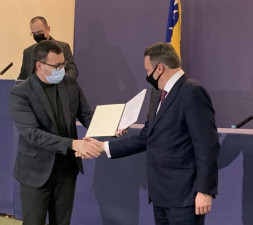 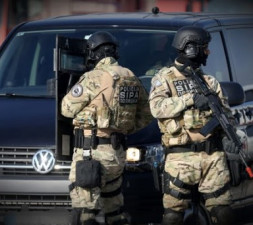