GLOBSEC research results about secret organization have been published (1)

Transcript of the cover page of the GLOBSEC report

The initial ties of B&H individuals with the Muslim Brotherhood date back to the 1940s, since the founding of the „Young Muslims“ organization, according to a comprehensive report by the Bratislava-based NGO GLOBSEC on the activities of the organization, which originated in Egypt in last century, and is estimated to continue to operate in a large number of countries around the world.

GLOBSEC is a world-famous international organization that annually organizes a security forum in which eminent experts and world leaders participate. GLOBSEC has teamed up with an anti-extremism project to focus on the activities of the "Muslim Brotherhood" in Central and Eastern Europe. The members of this organization are often called "Ihvaniyas", given that the Arabic name of that organization is "Ihwanu-l-Muslim", and they are better known in B&H under that name. As a reminder, US Senator Ted Cruz recently said that he plans to return to the procedure a law that would declare the "Muslim Brotherhood" a foreign terrorist organization in the United States.

- The project will determine the infiltration of the "Muslim Brotherhood" in five countries, namely Poland, the Czech Republic, Bosnia and Herzegovina, Serbia and Northern Macedonia - it is stated.

The conclusion of the research states that the interviewed experts point out that "they do not know that there is a 'Muslim Brotherhood' in B&H as an organized movement, and that no traces of operations or financial flows have been discovered." Also, it is pointed out that this organization is not directly connected with radicalization or extremism or any political movement or party in B&H.

Nevertheless, the GLOBSEC survey, which consulted domestic and foreign experts and analyzed the work of several organizations, cites several examples that are the subject of the survey and points out that "the saga of the presence of the 'Muslim Brotherhood' in B&H continued by establishing the Party of Democratic Action (SDA) ”.

- After the death of Alija Izetbegović, his son Bakir took over the leadership of the party and since then he has also been associated with the "Muslim Brotherhood", although the connection with that organization is often denied, especially with regard to "Young Muslims", who only came in the beginning in contact with various individuals who were part of the Islamic awakening - it was pointed out, among other things, in the report.

It is added that in 2014, Bakir Izetbegović welcomed the delegation of the "Muslim Brotherhood" in the Presidency of B&H.

- The articles also contained a picture of Bakir Izetbegović who uses the symbol "Rabia", the famous gesture of the "Muslim Brotherhood". There were no official records of this meeting on the B&H Presidency website. However, this meeting is still a topic of discussion, and in 2016, the Serbian newspaper "Politika" published an article entitled "Bakir Izetbegović under the scrutiny of the American secret services". The article by "Politika" claims that Bakir Izetbegović's connections with the leaders of the "Muslim Brotherhood" were placed under the supervision of the American government, after the announcement that the United States considers the „Muslim Brotherhood“ a terrorist organization - it was explained.

According to GLOBSEC, after sentencing of Muhamed Morsi, Bakir Izetbegović issued an official presidential statement calling on Egypt to respect human rights and ensure that Morsi has a fair trial.

- In his statement, he said that Morsi was legally elected, but that he was then "overthrown by a military coup, then deprived of liberty and handed over to politically framed court proceedings aimed at brutal conflict with political rivals and those of different views, ending in their physical elimination. - it is pointed out.

However, as it is stated, those who were involved in minimizing the consequences of Izetbegović's meeting in 2014 with the representatives of the Egyptian "Muslim Brotherhood" claim that "this act was more a manifestation of ignorance than showing support for the" Muslim Brotherhood ". They state that Izetbegović made a mistake because he was "shaken by the tragedy".

Distancing the Islamic Community in B&H

The European Council for Fatwa and Research, which is affiliated with the organization, held several regular sessions in Sarajevo. Even in 2013, the ideologue of the "Muslim Brotherhood", Yusuf el-Karadavi, was present at one of these conferences, together with Bakir Izetbegović. Although there are several ways to connect Karadavi with B&H and individuals, the Islamic Community in B&H has refused the opportunity to interview Karadavi and publish the text through its media, thus creating a distance between the Community and him - the report said. 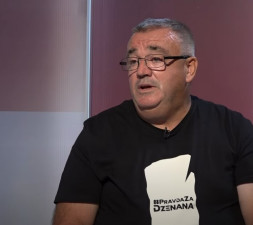 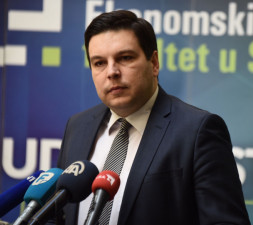 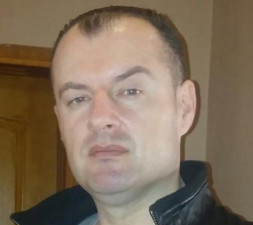