The President of the Court of B&H Debevec is meeting privately with two defendants - Osmica and Sarajlić!

As it is already known, the Prosecutor's Office of B&H is investigating Osman Mehmedagić, the director of ISA, on several grounds

AFFAIRS The President of the Court of B&H Debevec is meeting privately with two defendants - Osmica and Sarajlić!

The Sarajevo portal "Raport" published a text in which it reveals new prosecutorial evidence of inappropriate contacts between the President of the Court of B&H Ranko Debevec and the Director of the Intelligence and Security Agency of B&H Osman Mehmedagić Osmica, who is already on trial for abuse of office and powers and a special investigation is being conducted in other cases.

If Debevec can possibly try to defend his private afternoon meetings with Osman Mehmedagić Osmica with a common "line of work", how will he explain the reasons for his friendship with the multiple accused and SDA party executor Asim Sarajlić.

Below, you can read full text which „Raport" published:

After we published the information that Asim Sarajlić will be questioned again in the Prosecutor's Office of B&H on Thursday, the „Raport“ brings the details of the new legal mess in which this, although not on paper, high-ranking SDA member found himself.

Namely, "Raport" published the information that Sarajlić will again appear before the prosecutors, who this time are interested in the purchase agreement of the SDA delegate in the House of Peoples of B&H.

As it is already known, the Prosecutor's Office of B&H is investigating Osman Mehmedagić, the director of ISA, on several grounds. As part of these investigations, prosecutors "caught the eye" of a transaction that was recorded on the account of Mehmedagić's wife - former singer Amela Šehović.

Precisely this knowledge is a new moment in the unwinding of the political-intelligence ball.

The problem due to which this purchase and sale is disputable is that Asim Sarajlić is a member of the Joint Commission for Supervision of the Work of ISA, of which Mehmedagić is the head.

What is even more interesting in the whole case is that the tracking of the trace of the disputed car led to new information in another case, which is also being handled by the Prosecutor's Office of B&H.

As the „Raport“ announced, the Prosecutor's Office has opened a case on inappropriate contact between Mehmedagić and the President of the Court of B&H, Ranko Debevec. The controversial meeting wbout which first „Raport“ reported took place on 14th of December.

Following Sarajlić's car acquisitions, it was established that after the sale of the Audi Q5, he bought a newer variant - the Audi Q7.

With that vehicle, Sarajlić drove to the Sarajevo restaurant Una on December 15th. According to our knowledge, the company welcomed him there. And this time - legally inappropriate. At the same table sat, next to Sarajlić: Mehmedagić and Debevec.

According to unofficial information, the Prosecutor's Office of B&H also documented this meeting by removing the footage from the surveillance cameras.

Sarajlić's problems with the law

Sarajlić has been skimming around various prosecutor's offices and courts for some time.

Namely, Sarajlić is one of the accused in the "Bosnia" case (arrested for high corruption). What is interesting about this case is that it was "documented" by ISA, with whose director Sarajlić cooperates excellently today.

Sarajlić is also under investigation for the "Asim" affair. This is about abuse of office, corruption and bribery, and receiving gifts.

Sarajlić is one of the witnesses in the "Respirators" case. He was punished by the Court of B&H because he did not want to give the code of his mobile phone, on which, prosecutors suspect, new evidence can be hidden, the Raport writes. 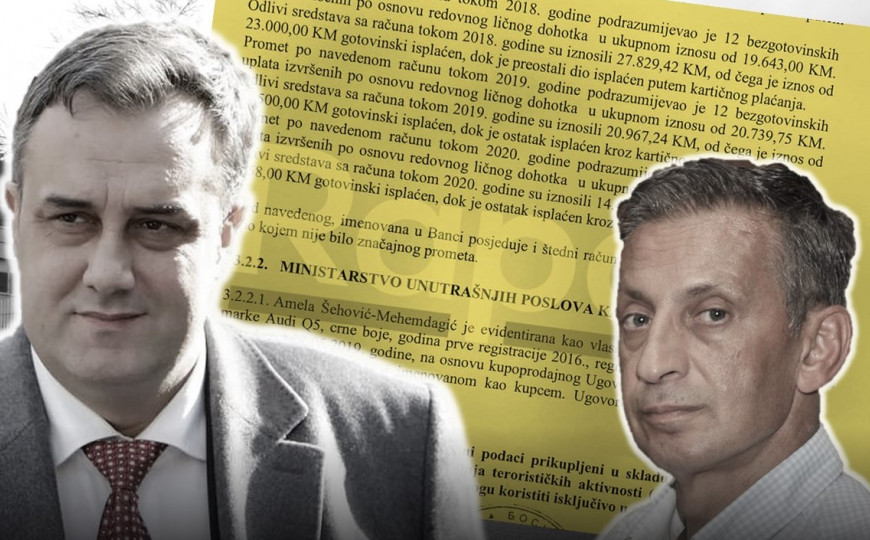 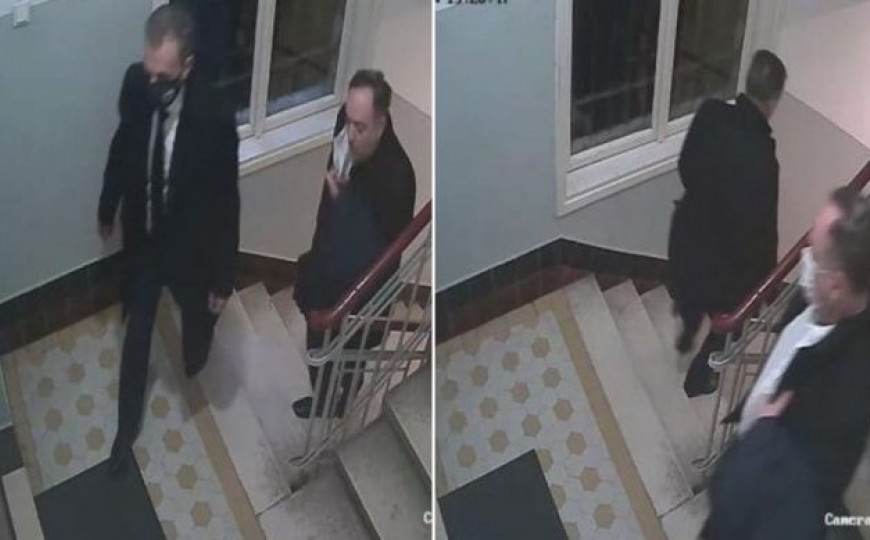 REACTIONS FOR "AVAZ"
From the US Embassy, OSCE Mission and OHR on the meeting between Osman Mehmedagić and Ranko Debevec

PRESIDENT OF HDZ
Čović sent a letter to the ambassadors, EU officials and the EPP: These are acts of aggravated theft
16 min

PRESIDENT OF HDZ
Čović sent a letter to the ambassadors, EU officials and the EPP: These are acts of aggravated theft
16 min