Will Radmanović and Izetbegović be replaced: Prodanović announces adequate answer, Bradara says that things are not working

Acting in such a way would be inappropriate, I am talking about the one who is the first to launch such an initiative, says Prodanović

REACTIONS Will Radmanović and Izetbegović be replaced: Prodanović announces adequate answer, Bradara says that things are not working

Will the SNSD initiate the removal of Izetbegović

If the deputy chairman of the House of Representatives of the B&H Parliament, Nebojša Radmanović, is replaced on Monday, the SNSD announces that it will turn its back on the SDA leader, Bakir Izetbegović.

The HDZ has not yet officially commented on how it will behave if these initiatives are on the agenda of both houses of the B&H Parliament. We asked for a comment from the HDZ delegate in the House of Peoples, Lidija Bradara. She points out that she has not seen these initiatives, but adds that at the moment, the least we need in B&H are conflicts of this kind.

- I don't know what it could bring us and what we would need it for. It’s high time we started getting into serious business. We constantly have various hasty statements. We could all ask for the removal of some. Because, obviously, things aren’t working properly. We have so many problems in the country that it is high time to turn to serious business - says Bradara.

On the other hand, the delegate of the SNSD in the House of Peoples, Lazar Prodanović, says for "Avaz" that if we solve the problems in B&H in that way, we will continue to deepen the crisis.

-SNSD has no intention of behaving in such a way, but if others do, we will have an adequate response. Acting in such a way would be inappropriate, I am talking about whoever first initiates such an initiative. It is unnecessary to deepen the already dramatic political climate in B&H in such a way - Prodanović points out. 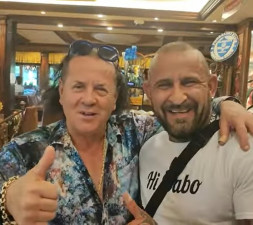