Thanks to funds from the U.S. Department of State Ambassadors Fund for Cultural Preservation, all the damage has been repaired in recent years

The exhibition will be presented to the public in a refreshed, new concept

The National Museum of B&H will become richer in spring for an extremely valuable exhibition - "Bosnia and Herzegovina in the prehistoric era", the pre-war largest exhibition of the Department of Archeology that has not been available to the public for three decades due to the unconditionality of that part of the museum building.

The reason for that was the damage of gallery premises during the war, which was the home of the exhibition about prehistoric era. The roof was leaking, the woodwork was in poor condition, as was the ceiling painting, the richest in the whole museum complex.

Thanks to funds from the U.S. Department of State Ambassadors Fund for Cultural Preservation, all the damage has been repaired in recent years, and one of the largest exhibits of the Museum is ready to "move-in".

Deputy Director and archaeologist of the National Museum of B&H Andrijana Pravidur pointed out in an interview for FENA that all the archaeological material for the exhibition has been set aside and that its conservation and restoration is in progress. It is a necessary process before each individual artifact finds a permanent place in the exhibition virtues.

-We are nearing the end of the whole work and we hope that we could meet the conditions for the opening of the exhibition by spring. And we are quite impatient, and I believe many of our visitors who follow our work- she said.

Pravidur emphasizes that the extensive conservation and restoration treatment of each individual artifact requires time, especially with the lack of a sufficient number of experts for the job.

She emphasizes that the last permanent setting of this exhibition was made on the centenary of the Museum in 1988 and that it is the only permanent exhibition that has not been opened since the war.

-This is a big minus not only for the institutions, but also for Bosnia and Herzegovina, and the wider region, but also for the museum content, the lack of which has damaged visitors- she said.

The prehistoric collection, she says, is the largest collection in the Department of Archeology and numbers approximately one hundred thousand inventory items.

“About 3,000 most recognizable, the most luxurious and the best exhibits, which culturally actually define us as Bosnia and Herzegovina in Europe and the region, will go into the permanent exhibition of what has been set aside so far,” said Pravidur.

The exhibition will be presented to the public in a refreshed, new concept. In addition to those already known to visitors and experts, lesser-known artifacts that have been kept in the depot so far will also be on display.

-With the installation, we will emphasize exactly what determines us culturally, and that is the famous Butmir culture, then the area of Glasinac, Donja Dolina, most of Herzegovina in different time periods. We want to show that the world does not start from us and that there once lived people who were very capable, which we see especially in all these products in ceramics or metal. They were great masters and exceptional experts, although people today have a perception of them as some tribes. This is exactly what we are trying to break out of the discourse. With this exhibition, we would actually like to explain the life of a man in a prehistoric period through this concept of everyday life- said Pravidur.

The central place in the gallery of the Department of Prehistory will belong to a wooden boat from Donja Dolina, one of the few that have been preserved in the region, and especially valuable because of its length of as much as 12.5 meters. It will dominate the pavilion because it will be set to hang from the ceiling.

The work on this exceptional exhibit was a large conservation-restoration project on which conservation experts from all laboratories worked, together with the technical staff of the National Museum of B&H.

The project of preventive conservation of museum collections is being implemented in two phases, and complete financial resources have been provided from the Special Fund of American Ambassadors for the Protection of Cultural Heritage. The Commission to Preserve National Monuments carries out the implementation together with experts from the National Museum and in consultation with colleagues from the Louvre Museum and the Smithsonian Institution. 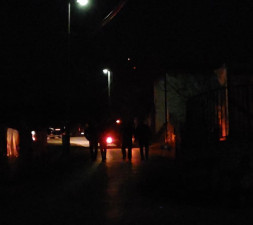