OHR HAS A NEW BOSS

OHR HAS A NEW BOSS Bakir's man "worked in vain": Osmica did not stop Schmidt's election

Mehmedagić and Izetbegović: Their plan to block Schmidt's election failed

Yesterday in Sarajevo, the Ambassadors of the PIC member states officially appointed German politician Christian Schmidt as the next High Representative in B&H.

And while Schmidt eventually received broad support from the world's leading democracies, from European states to US President Joe Biden,media-intelligence circles of ISA leader Osman Mehmedagić Osmica, under the political baton of Bakir Izetbegović, carried out a kind of public lynching of Schmidt by bombarding the public with conspiracy theories related to the famous German politician.

Thus, a sensationalist text entitled "Berlin in cooperation with Moscow: Germany overthrows Inzko to bring Schmidt" was published on a blog owned by Osmica's journalist associate Avdo Avdić in December last year. The text presented a nebulous theory about a secret agreement between Russia and Germany, which aims to impose a dominant influence in B&H by joint efforts, and the only "evidence" for these incredible claims were "reliable sources".

Defamatory texts against Christian Schmidt continued in the following days, so in addition to being a "Russian man", we also received information from Osmica's journalist that he was also a Croatian lobbyist, closely connected with the HDZ, a person who received medals in Croatia given to war criminals (this is the Order of Ante Starčević, which was also awarded to Aziz ef Hasanović, President of the Meshihat of the Islamic Community in the Republic of Croatia, and former Mufti of Zagreb Ševko Omerbašić), a friend of Republika Srpska (as evidenced by the presence of Schmidt's party colleague at the celebration of RS Day a few years ago), and they in the meantime, informed us that Schmidt's appointment is allegedly opposed by the administration of newly elected US President Joe Biden.

Due to these incredible constructions, the former CDU representative in the Bundestag and a great friend of Bosnia and Herzegovina, Stefan Schwarz, reacted sharply, saying that Avdić's theories about Schmidt were "garbage".

- I read that crazy article. I'm angry and I'm sorry, but I have to speak freely: this article is full of garbage. There is so much false news and only crazy conspiracy theories in this work that I wonder how Avdić could have written them at all or why some media would publish such a joke - wrote Schwarz.

In this way, Schwartz's claim that the theories of Avdić and Osmica are really just garbage was confirmed.

What exactly was a motive or, more precisely, political blindness that led Bakir Izetbegović's structures to launch a public lynching of the new High Representative, based on complete fabrications, remains unclear.

But what is certainly crystal clear is that it was insane to „welcome“ the new High Representative in advance and to be hostile to him.

Tihs is a continuation of the catastrophic suicide policy for Bosniaks that Izetbegović has been pursuing for years, from complete subordination to Erdogan, to Džaferović's anti-Western statements in Pakistan, a policy that has already led to the fact that Bosniaks in the West are having less and less open doors and strong allies. 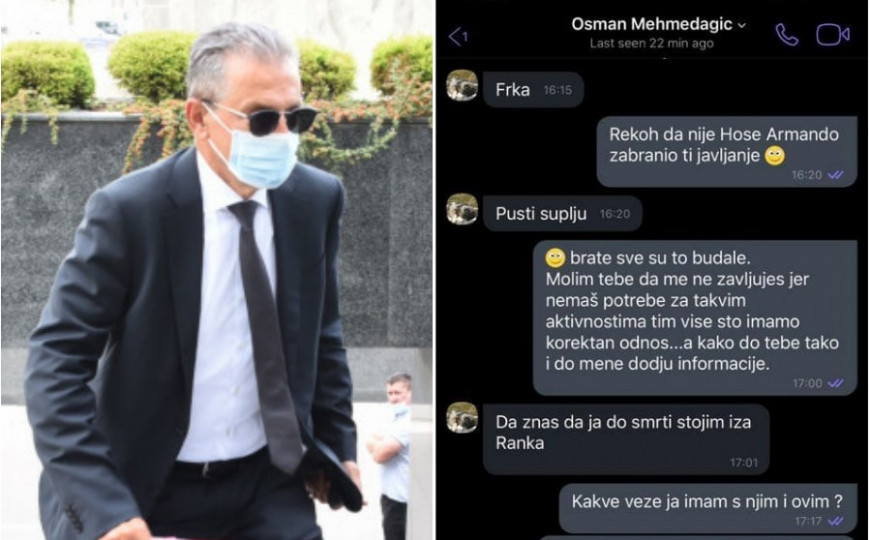 AFFAIRS
The messages reveal the connection between the head of the Court and the director of ISA: Will Ranko save his friend Osmica again? OTHERS WRITE
UDBA IS A TRULY BOSNIAN FATE: Izetbegović revealed that Osmica was a member of the infamous UDBA that terrorized Muslims 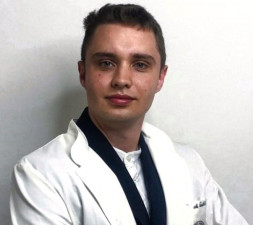 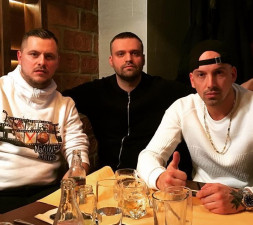