Kees van der Weide on the case of Ranko Debevac: It’s still a long way to Brussels when Judicial office Holders get away with behavior like this

Not reporting real estate in Spain is negligence to say the least, the meeting with Osman Mehmedagić is intentional behavior, he pointed out

ANALYSIS Kees van der Weide on the case of Ranko Debevac: It’s still a long way to Brussels when Judicial office Holders get away with behavior like this

Dutch judge Kees van der Weide, who was hired as a legal expert to advise the HJPC, published an interesting analysis regarding the acquittal of the Second Instance Disciplinary Commission for Judges of the High Judicial and Prosecutorial Council of Bosnia and Herzegovina (HJPC B&H) in the case of Ranko Debevec.

You can read his full analysis below:

The Second instance disciplinary panel of the HJPC, randomly selected by the automatic case allocation system and consisting of presiding Judge Jadranka Stanišić, Judge Mustafa Šabić and lawyer Duška Bogojević, as members, on October 6th rendered a decision in the disciplinary case against the President of the Court of BiH, Ranko Debevec (the Defendant).

Furthermore, the appeal of the Office of the Disciplinary Council (the ODC) was rejected, meaning that the first instance decision is confirmed where the Defendant was acquitted from these charges.

As a result, the Defendant was acquitted from all disciplinary charges and this decision is final.

The meeting with high-level suspect Mehmedagić

The given explanation regarding the meeting, clearly shows that there was no consciousness or will of the Defendant to meet Mehmedagić, the Panel is reasoning.

Muhamed Ajanović as the host of the meeting testified that he invited both the Defendant and Osman Mehmedagić (director of OSA – state intelligence agency who was standing trial in a criminal case in the Court of BiH, in which the defendant exercises his office as President), on the occasion of the birth of his child, in a manner that neither of them was aware that the other was invited too.

It is clear – says the Panel - that in the conduct of the Defendant, there was no consciousness or intent to meet Mehmedagić. Referring to the Law on HJPC that requires either intentional or negligent behavior to constitute a disciplinary offence, the Panel concluded that the meeting attended by the BIH Court President cannot be qualified as inappropriate and therefore, the Defendant cannot be accused with the offence of „behavior inside or outside the court that demeans the dignity of judge“.

The stance of the First instance panel, that the Defendant was supposed to leave and not meet Mehmedagić is unacceptable, the second instance argues, because it would show inappropriate conduct towards both Mehmedagić and the host, especially having in mind the daily professional contacts with Mehmedagić.

With the facts established, the conduct cannot be assessed as intentional or negligent, in whatsoever form, because the Defendant was caught in the surprising circumstances and continued behaving conventionally which was the only possibility, the panel concludes.

This is the world upside down! Even if it was a surprise for the defendant that Mehmedagić showed up, nonetheless, being for several hours in a rendezvous with this person who is standing trial in your court, is bad behavior. Rather ridiculous to assess that staying around would be the only possible conduct. It was not. A judge can very well – and should at all occasions like this – explain that being present together, would compromise the Court. This has nothing to do with politeness, it is just how your mindset as a judge should be. Another weird remark is that the BiH Court President and the director of the intelligence agency are having daily professional contacts. Even though in some very specific situations contact between the two officials is authorized under the law, the principle of the separation of powers should always prevail.

When it comes to the offence regarding the not reported property in Spain, according to the Panel, the burden of proof rests upon the disciplinary prosecutor and she did not prove that the Defendant deliberately, that is, consciously, gave insufficient information in his annual personal financial reporting forms and missed to specify that he owns an apartment with his spouse in Spain.

Since the intention is not proved, there is also no disciplinary offence. The stance of the First instance panel that the Defendant deliberately missed to indicate the ownership over this apartment in his financial forms is also unacceptable for the appellate panel. Moreover, because the First instance panel grounds the intention arguing that the motive is not important. The appeal of the Defendant is correct, it is impossible to determine the intent if the motive is not determined.

This is why the decision must be overruled, the panel decides.

So the start of the reasoning is that the burden of proof rests upon the prosecutor. Indeed so, but we are not in a criminal trial in which a defendant can lean back and remain silent. To the contrary, this is a disciplinary case in which the defendant has an obligation to be transparent to the max, and where the rules of civil procedure, not criminal, apply as subsidiary law. It cannot be repeated too often: there can be no judicial independence without accountability.

But here we have a Panel, following blindly whatever is being brought forward without any substantiation, let alone with evidence. Mind you, we are talking about real estate and an alleged arrangement between separating spouses! Who on earth would just ‘agree’ (how, when, in what way?) on such issue with the one you are breaking up with! But the panel just accepts this story, told by the ex and reiterates that the burden of proof is with the disciplinary prosecutor. Yes, it is, I confirm again but not to the ridiculous extent reasoned here. When it shows that real estate is registered on the name of the defendant – and that was the starting point of this case – the burden of proof should shift to the judicial office holder who just did not file it as property. What if registered ownership of real estate could be successfully contested in civil litigation with just one single witness? It would be madness. Let alone, again, that we are here in a case ruled by civil litigation procedure as subsidiary law. Moreover, the panel is adding that intentions matter. No, they do not. The obligation is to file information on property and this was violated. Hard to see that the Panel goes along all the way with just ‘ storytelling’. So much for the prospects of the upcoming asset declaration verification system, as a prerequisite to improve the trust of citizens in the judiciary.

When it comes to the appeal of the ODC regarding the messages, send by the Defendant to the prosecutor who was conducting criminal investigations against him, the appellate panel completely adopted the reasoning of the First instance panel and rejected the appeal.

As it is clear from the facts, the Defendant found out about the anonymous charge against him through two judges of his court, who were personally informed by the prosecutor, says the Panel. They all meet each other at the bar exams and occasionally have informal communication. The panel reasoned that It should be concluded that the exchanged phone messages are usual and cannot be considered inappropriate so again, no abuse of judicial ethics.

The panel could not accept the appeal ground of the disciplinary prosecutor that the Defendant used his position and made an extra effort to discover which investigative measures were being undertaken because, as the panel found, this did not arise from the facts established during the disciplinary hearings.

As I tried to teach before, the messages as such should be assessed and not the stories told afterwards.

Here are again, in my opinion, the most alarming messages the defendant wrote to the prosecutor in charge of a high profile investigation:

- 25 June 2020 at 15:18: „Thank you (first name) for Ministry of Interior Affairs of Sarajevo Canton (MUP KS) AND TERORISING AND CHECKING ON THE WOMAN WHO DOES NOT HAVE ANY CONNECTION TO (surname), NOR PURCHASE OF SMALL MERCEDES FROM THEM. GREET (first name of Chief PO) YOU ARE DOING TOTALLY ILLEGAL THINGS WHICH HAVE NO GROUNDS IN ANY LAW “,

- 25 June 2020 at 15:21: „You are exempting the documentation and investigating people who do not have any connection to this story. Ask for orders from the court “ and „Let the court approve the exemption of the documentation if there is a ground for suspicion that I am a criminal“.

What we see here is a suspect (in this case BIH Court President) ordering a prosecutor, what steps to take and telling her she is acting illegally. This has nothing to do with socializing in the background of being together in the committee for Bar Exams. It is indecent behavior for a judge and nothing else.

What members of this Panel have been doing is turning a disciplinary case into a criminal trial, raising the bar unacceptably high.

They are following blindly what has been told by the defense, without asking for any documentation or other verifiable information. Furthermore, the Panel is introducing a subjective meaning to ‘intentional’ behavior, to be proven by the disciplinary prosecution. Subjective intentions are hard to prove they are in the head of the perpetrator. This is why in cases like this, intentions should be established by reasoning what follows from the facts. A fact is that there is real estate, registered in the name of the defendant which has not been reported. That’s at the least negligence. A fact is that he stayed around together with suspect standing trial in his Court. That’s intentional behavior. A fact is that he has send inappropriate messages. His statements in these messages are the ones that matter. The intentions derive from the content.

What we have here is either a decision, missing the point in disciplinary cases or members of a Panel, working their way to a very questionable acquittal because this is the outcome that had to be achieved from the beginning. What is worse?

It’s still a long way to Brussels when Judicial office Holders get away with behavior like this as a result of this kind of decision making. 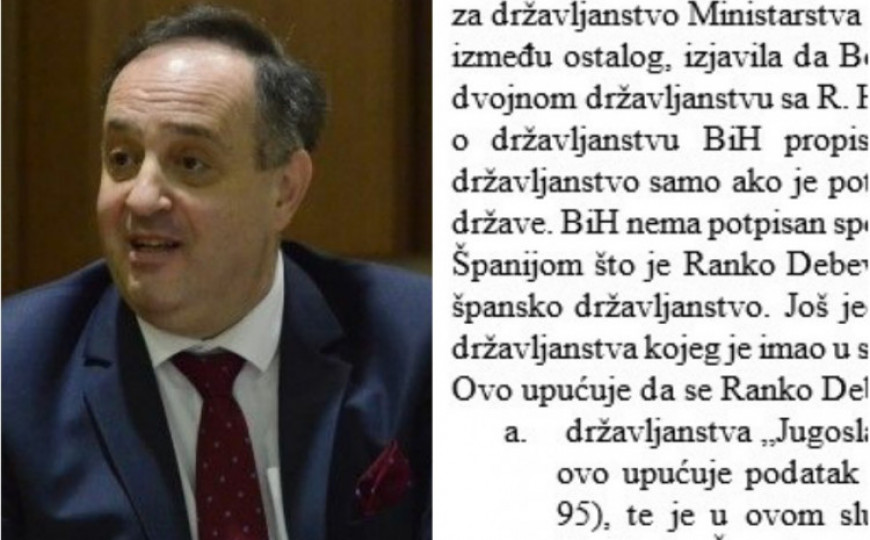