Who sent the message to Novalić: "You have to react quickly for 150,000 tests, because someone will buy them"

When asked by prosecutor Mirza Hukeljić whether Sebija sent this message, witness Edita Kalajdžić replied that she did not know

VENTILATORS AFFAIR Who sent the message to Novalić: "You have to react quickly for 150,000 tests, because someone will buy them"

In the continuation of the trial of the Prime Minister of the Federation of B&H Fadil Novalić and others, accused of procuring a hundred Chinese ventilators for 10.5 million KM, the questioning of witness Edita Kalajdžić, Secretary of the Government of FB&H, ended today.

The deadline for delivery of ventilators was not met

Prosecutor Mirza Hukeljić showed Edita Kalajdžić a message from the Viber group GENSEK sent to her by Novalić, stating: "You have to react quickly for 150,000 tests, because someone will buy them. I said that they sould reserve them for us and I talked to Solak. We don't have any time to waste ".

When asked by prosecutor Hukeljić whether she had knowledge of who the undisputed sender was and whether it was Sebija (Izetbegović, Op. Cit.), she answered: "I have no knowledge".

After that, the defense was questioned, and Judge Džemila Begović occasionally got involved.

Judge Begović asked Edita Kalajdžić how it is possible for the FB&H Government to issue funds without knowing exactly for what, because the witness said that the funds were set aside for the purchase of medical equipment, without stating the exact type of equipment. Kalajdžić gave the answer to that: "It is a question of procurement of medical devices".

At today's hearing, Kalajdžić was also asked why she asked the GENSEK group to terminate her contract with "Silver Raspberry", after the affair broke out in the media after the arrival of the ventilators in Sarajevo.

She replied that as a lawyer she saw that the deadline for the delivery of ventilators had not been met and that she knew nothing about their purchase, and after finding out later, she determined that "this is not exactly how the media portrayed it and that it is all journalistic spin ".

Judge Džemila Begović asked Kalajdžić, who had previously said that the FB&H government was under pressure to terminate the contract with "Silver Raspberry", what kind of pressure it was. Kalajdžić did not give a concrete answer to that, except that she reiterated that she stated that the deadline for delivery was not met and that the FB&H Government sought the opinion of the Attorney General's Office on the termination of the contract with "Silver Raspberry".

Answering the questions of Vasvija Vidović, Kalajdžić said that the FCPA is an independent body and that it can deal with procurement without the approval of the FB&H Government.

Kalajdžić confirmed to lawyer Mirna Avdibegović, who represents Fikret Hodžić, that she did not know that "Silver Raspberry" informed FCPA that there would be a delay in the delivery of ventilators due to changes in the import of medical devices in Europe.

At today's hearing, Prosecutor Mirza Hukeljić confirmed that the Prosecutor's Office of B&H has initiated an investigation into the criminal offense of "Assistance to the Perpetrator after the Criminal Offense", and concerns Edita Kalajdžić's allegation that her mobile phone, which was confiscated from her and deposited with the Prosecutor's Office, was used during the investigation and after the trial began.

Kalajdžić stated that her friends received messages from her phone, and even a colleague once brought her mobile phone and showed that she had a call from Edita's mobile phone. Kalajdžić now has another number, and she said today that at the beginning of the trial she received a message that huge problems would follow for her in the coming period.

The witness also complained about the treatment during the investigation, claiming that the prosecutors had raised tones, that they bang the doors and punched the table with their hands, and that Hukeljić threw his phone. She said that she was asked to confirm what Ganibegović said.

The trial is due to continue on November 3. 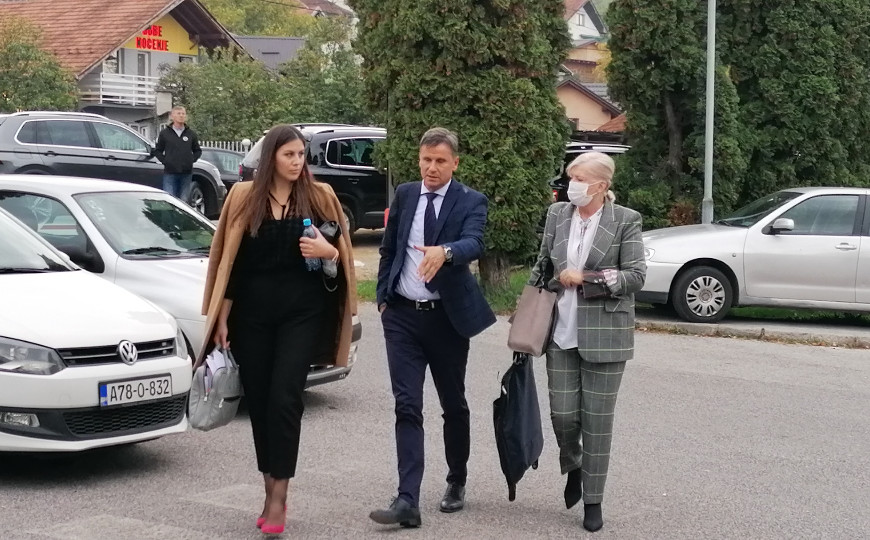 VENTILATORS AFFAIR
Trial of Novalić and others: See the arrival of the accused in the Court of B&H 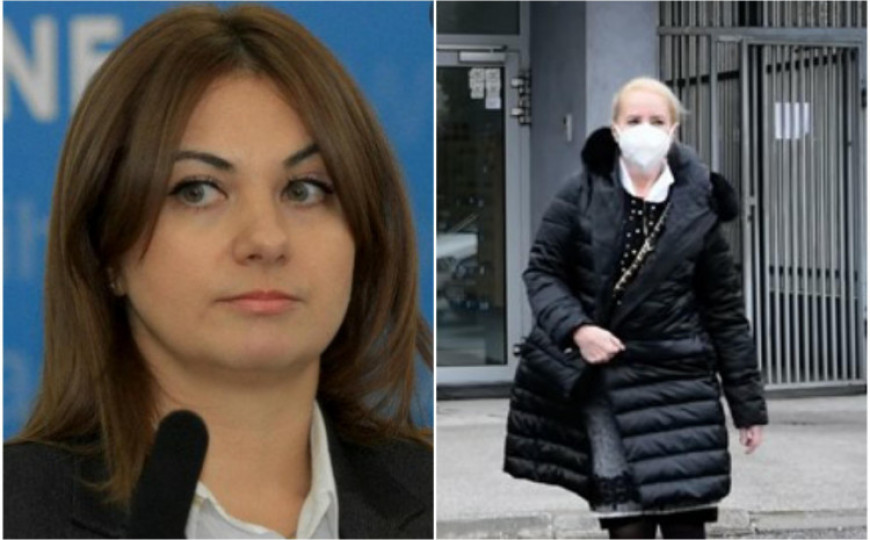