THE TRUTH COMES TO LIGHT

Some members of the SC MUP and SIPA have already been in the Prosecutor's Office in the past two days at the invitation of the acting prosecutor Bojana Jolović, who also formed the case

After a new criminal complaint was filed with the Prosecutor's Office of B&H three weeks ago against Osman Mehmedagić, ISA Director, Muriz Druškić, a former ISA employee, but also Samir Rizva, Mate Miletić, B&H Assistant Minister of Security, and Munib Isaković, Head of the State Security authorities, due to the "Recording" affair, this judicial institution has already started working on this case, the "Avaz" portal has learned.

The report was submitted by 12 police officers, including police officers from the SC Ministry of the Interior, SIPA, the Directorate for Coordination of Police Bodies, but also employees of the Ministry of Security, who are, as they said, "victims of illegal work of ISA directors".

As we find out, the criminal complaint was filed due to the existence of grounds for suspicion that Mehmedagić and others, as an organized group, committed criminal offenses of abuse of office, negligent work in the service, disclosure of classified information, receiving gifts and other benefits for trading in influence from the Criminal Code of B&H.

The report was filed due to the "Recording" affair and audio recordings of Osman Mehmedagić and Chief State Prosecutor Gordana Tadić, published by the "Avaz" portal on September 17 and 18, and the recording was submitted by ISA employees.

According to the information that "Avaz" has, some members of the SC MUP and SIPA have already been in the Prosecutor's Office in the past two days at the invitation of the acting prosecutor Bojana Jolović, who also formed the case. They submitted new evidence along with a criminal report with the aim of proving that they were unjustifiably left without security checks and ended up on the street.

The report proposes that the mentioned audio recordings be listened to and that the authorities hear for themselves that the conversation unequivocally and "confirmed by his own confession that ISA Director Osman Mehmedagić established a group of people within B&H institutions, including the reported Muriz Druškić, former an ISA employee and now a member of the Security Verification Complaints Commission, which uses blackmail, threats, packaging and other illegal activities using and abusing ISA resources. "

- In such an illegal way, several employees of B&H institutions lost their jobs - the Ministry of Security of B&H, MUP of Sarajevo Canton, SIPA, DKPT, MUP of Republic of Srpska, KPZ Sarajevo, Indirect Taxation Authority and others , including high - ranking police officers Emir Efendić, Elvir Bajrić, Safet Gagula, Senad Muslim, Fikret Ibrica, Mirnes Hodžić, Nermin Džafić, Salko Zeković, Edib Termiz, Amer Softić, Emir Korjenić, Bakir Dautbašić and others. All of the above lost their jobs and their financial existence was endangered only on the basis of, it is now clear to everyone, fabricated and inaccurate information of ISA, ie as the director of ISA Osman Mehmedagić confirms in the conversation - "I know perfectly well that what we collect is not proof, but the law allowed us to pack ”and offers the chief prosecutor to get rid of the unsuitable through security checks - the report states. 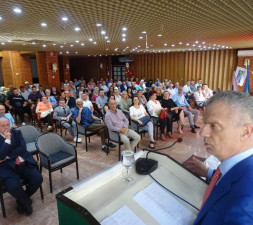 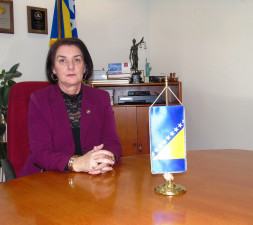