Why doesn't anyone in the Federation respect American sanctions against Alispahić?

While Bosniaks rightly expect everyone to stop doing business with companies associated with Milorad Dodik, this does not apply to Bakir Alispahić

MAN ON BLACKLIST Why doesn't anyone in the Federation respect American sanctions against Alispahić?

Bakir Alispahić, a man on the US blacklist, is hiding how much his companies are taking from the dedicated brokerage industry. While Bosniaks rightly expect everyone to stop doing business with companies associated with Milorad Dodik, that does not apply to Bakir Alispahić.

Alispahić in the Federation of BiH has no sanctions or consequences in doing business even with state-owned companies.

After the announcement of new US sanctions against individuals in BiH, the big question that remains is the relationship between the government and state-owned companies when it comes to giving jobs to the "new alispahić's". And does that mean that the Federation of BiH is consciously questioning the credibility of the United States? Especially if you read the explanation why Alispahić was blacklisted in the USA.

He is a man who has been on the US blacklist for more than two decades due to ties with Iranian services, and who was put on the list by the administration of then US President Bill Clinton because of his key role in forming the illegal terrorist camp in Pogorelica. The Americans imposed sanctions on him for organizing and participating in the function of this Iranian camp, where foreign murderers were trained in warfare and killing, which the BiH authorities permanently claimed did not exist. The camp was closed after the intervention of the American military forces in the beginning of 1996.

This former police officer and intelligence officer, a KOS member and many other things, during the war was in the highest military and police structures. At the time of the formation of the Iranian camp "Pogorelica", Alispahić was the Minister of the Ministry of the Interior of BiH.

In addition to all off that, according to reliable sources, Alispahić's network has not only not been sanctioned, but has expanded and let go its tentacles even in the dedicated industry.

The question is whether the Americans will strengthen the sanctions against Alispahić and ask the domestic authorities to respect them at the level of BiH as well? A parallel can be drawn here with ATV, a television close to Dodik, because Bakir Alispahić also has a portal with two names, NAP and Patria, which he directly controls by presenting his driver as its founder.

Similar to Dodik's case, they send threatening messages through this portal to anyone who wants to reconsider Alispahić's bestender business.

State and cantonal prosecutor's offices have work to do

It is commendable that SDP, Naša stranka and SBB in Tuzla Canton ultimately demanded that Mirsad Kukić leave the leadership position from the PDA leadership, in order to show deep respect for the multidimensional significance and importance of respecting the sanctions imposed by official Washington.

The question here is - knowing that both the SDA and the DF - have the same sensibility and responsibility for sanctioning individuals and their blacklisted businesses, will there be a process of serious questioning of Alispahić's treatment?

There is obviously enough work here for both state and cantonal prosecutors.

Senad Šahinpašić Šaja and the late Hasan Čengić, who are under US sanctions, could not do business at all, they even had problems opening personal giro accounts to receive a pension, and all this never applied to Alispahić, who even appointed his son as the head of the Supervisory Board of a dedicated industry factory. 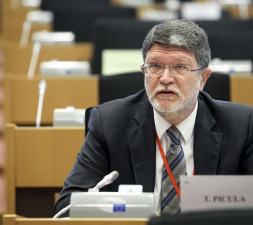 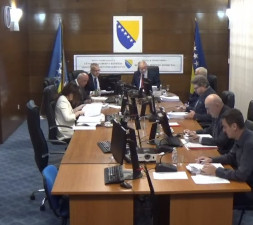 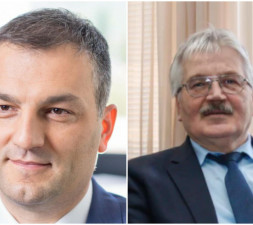