Christian Schmidt for "Dnevni avaz": We will punish election thieves

Those who think they can influence voting and manipulate the results will have to deal with the state attorneys general and me. For years, we were too generous towards BiH politicians

Schmidt: Let Dodik think carefully about the next step

In an interview for "Dnevni avaz", the high representative in BiH, Christian Schmidt, spoke about punishments in the case of election theft and manipulation, the imposition of the Election Law, Milorad Dodik, Russian influence in BiH and relations in Bosnia and Herzegovina.

You recently stated that those who try to commit electoral theft can expect rigorous sanctions. Can you be more specific?

- It should be emphasized that elections are the right of citizens, not the right of parties. The parties have to humbly accept the results. I wanted to send a signal that those who try to manipulate the results may face criminal consequences, and I will check to see if there is any anti-Dayton action involved. I will make moves based on that.

- That depends on my assessment. Those who think they can influence the voting and manipulate the results will have to deal with the state attorneys general and me.

Is this, in a way, an acknowledgment from the OHR that in previous election cycles we witnessed election thefts and abuse of the democratic will of the voters?

- I am a lawyer, and a lawyer always starts from the assumption that everyone is innocent. However, the experiences that are evident in this country, that is, the assessments of the experiences, do not allow us to exclude the possibility that there are attempts to manipulate the elections. Even if they weren't there, there would still be a reason to preemptively announce and do something like this. This should be remembered by all those who think they can influence the voting and manipulate the results. From personal experience, I can say that many citizens do not trust local parties and that must change.

You also said that you will not allow post-election blockades either. We no longer have to fear the scenario that we have government in a technical mandate for four years?

- I am not ready to accept such a thing anymore and I will act in favor of the citizens. Be assured that I will not passively watch if someone tries to prevent the implementation of the will of the voters.

You gave politicians 12 weeks to agree on key changes to the Electoral Law. That deadline passed, nothing happened. Why?

- I spoke with all the parties. Some have given very specific proposals, but unfortunately there is no agreement. What was the point, why did I do it? I would say that I operated according to the "do-it-yourself" motto. In that matter, I gave the ball back to the elected representatives here, but I will not remain just an observer of the game. For years, we were too generous towards BiH politicians.

What are you willing to do?

- If some things can be done at the level of the Federation, I think we should do it together, but, as I said, after the elections, those who are elected should say that they want to do it and take it into their own hands. I am generally a patient person, but my patience has limits.

Is an agreement really possible in a situation like this when the HDZ on the one hand and the pro-Bosnian party on the other have completely opposing views on the Election Law regarding all key issues?

- If we look at BiH as a construction site and if I had to describe the construction site in the Federation, then we have different project plans. And if on two sides two of them start building according to their plans, then the statics do not fit. And that static and that common static can be obtained. They immediately say: "and then we are in a subordinate position, that will bring us discord". You know what causes discord in society. It brings in that politicians just want to be the 100 percent winners. If a reasonable compromise is accepted, as is usual in every democracy, then even the parties cannot create a rift. But I openly admit that there are too many nationalist voices. The benchmark for Bosnia and Herzegovina cannot be whether they are the ones who take something away from me and do something to my detriment. I propose a different motto: if every politician here asks himself the question every morning, what can I do here today so that the statistics and stability in my country will be better for the citizens, then they will not only deal with the ethnic and national issue, but e.g. where those young people who are unemployed will find their job.

Good, but we still don't have a common statistic...

- I would be the happiest if there were big changes in the spring of this year, because they go much further than what was discussed at all when it comes to my ideas. I don't think we have four more years to sit around and make no decisions. In this regard, I have some expectations, at least when it comes to the initiative of the President of the European Council, Charles Michel, which is also in some way a reaction to the failed Neum negotiations. I will support him with the means at my disposal. I would like to point out that the Election Law is only a small part of the necessary legal changes. This country needs to prepare for Europe, and sometimes it seems to me that some people don't even know what responsibility is expected of them. If we throw everything on the table, we will not get any solution. Of course, court rulings must also be implemented. But I would have preferred it to have been resolved two years ago. Unfortunately, I have to state that despite the momentum we had in Mostar, with the decision in Mostar, it seems that some have run out of breath in that race.

As we speak, Dodik has gone to Moscow to meet with Putin. He supported Russian aggression, he does not recognize you as a high representative, he says that he is eavesdropping on the American ambassador. How long will you tolerate it?

- I have the impression that he is making it an instrument for his campaign. It's just that he's making alliances with the wrong people. Mr. Putin, if he ever meets him in Moscow, will not promise any more money, because he has no money himself. Dodik should be aware that Putin may be using him only as a puppet. If someone wants to be destructive, then the decision about it will not be made in Banja Luka, but by his interlocutor, and I would recommend him to think carefully about every step he intends to take.

Many are attacking you from the Bosniak side as well. Komšić and DF specifically accuse you of being in the service of HDZ BiH...

- I've had too many election campaigns in my own country to not know that you shouldn't look back on their words, which are aimed at gathering votes. Sometimes, with all due respect in relation to doubts and fears of possible changes, I wonder in which direction it is all going. We have a situation where we have to prepare this country to be load-bearing, to be strong for the next generation. To someone who accuses me of wanting to cement the ethnic divide, I can only say that he doesn't know me. The situation is completely opposite. But those who say "now we're going to make a revolution and we're going to cancel all identities" are also not working for the betterment of things. Therefore, let's discuss saving the earth. This is why I sympathize with those who say "let's all do it together". The one who lives in this world must have some understanding towards those who have a slightly different way of thinking.

Cancer-wounds are corruption and nepotism

- If we manage to do three things, the first thing is for people to agree on the "never again" thing. Secondly, we should not emphasize the things that separate, but those that unite. And thirdly, the cancer-wounds of this society are corruption and nepotism. It will be the most difficult to eradicate, but that is why it is necessary for people to give up their old habits. If we solve those three things, I am optimistic that this can be a successful country - said Schmidt in an interview for "Avaz". 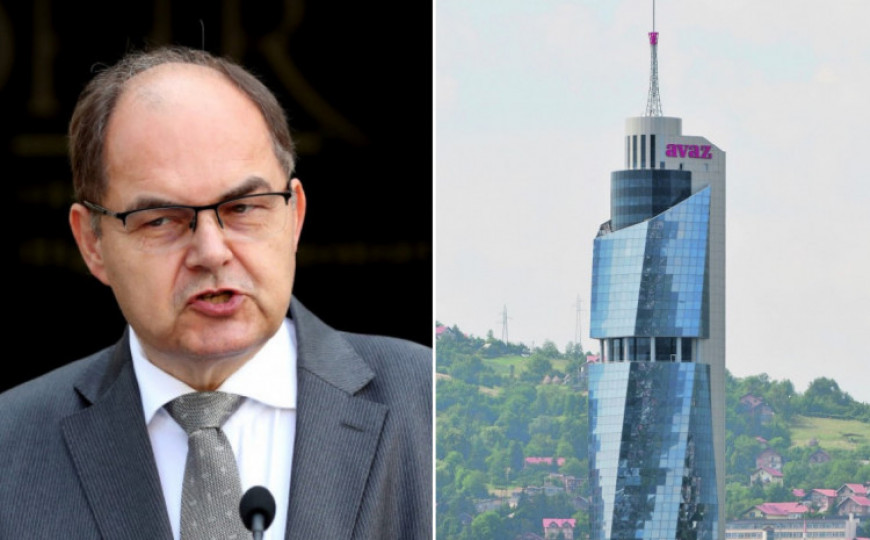 PROVIDED SUPPORT
OHR after the hacker attack on "Dnevni avaz": Media freedom is essential for any democracy 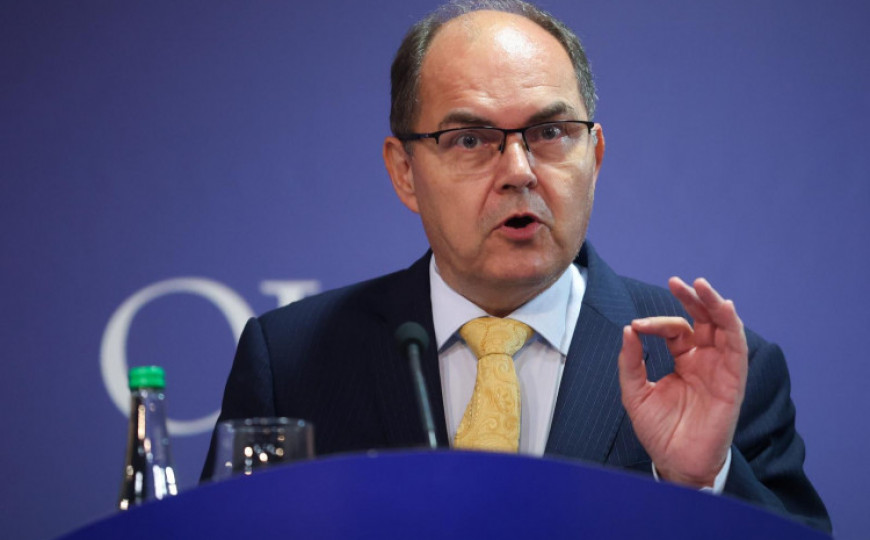 ANALYSIS
Tensions are growing, there is no decision yet: Will Schmidt impose the Election Law 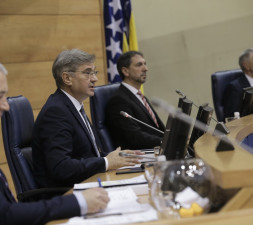