Why Senad is the target?

ANALYSIS Why Senad is the target?

A group of citizens and colleagues from the media gathered in front of the headquarters of Face TV on Saturday in support of the owner and director Senad Hadžifejzović and journalists, due to the fact that hooligan tried to break into the premises of this television.

They are drawing targets

Let's recall, the attempted incursion occurred in the midst of frantic attacks, insults and drawing targets by the Sda bots against all "unsuitable" journalists in the country. However, thanks to the influence he has on the consistent disclosure of the crimes and illegality of the Izetbegović couple and their closest associates, the most frequent target of these parastructures is Hadžifejzović.

Although many citizens, journalists and public figures sent a strong message on Saturday that no one should stifle freedom of speech, there is enough reason to fear that the attacks will become even more brutal.

Just after his party's heavy defeat in the 2020 local elections, Izetbegović announced the intensification of bot campaigns.

- This team is energetic, they know how to use modern means well, that is, social networks, we lost againts them due to that. We will race for the next two years - he said.

Shortly after these words, bot pages and profiles, which on the one hand glorify the Izetbegović family and other protagonists of the regime, such as Fadil Novalić and Osman Mehmedagić Osmica,

and on the other hand, they place the most heinous lies, montages and draw targets on the foreheads of anyone who opposes or exposes the crimes of the mentioned, began to sprout like mushrooms.

There are some common features of all autocratic regimes. When they feel powerful and invincible enough, they are able to tolerate attacks and blows to themselves to a greater extent, believing that they cannot shake them excessively.

But when they begin to lose power and stop feeling safe in their positions, in fear and panic they start attacking and hitting those they see as the main cause of their downfall, hoping to silence and eliminate their opponents and retain power.

It is similar with the regime of Bakir Izetbegović. Faced with a series of political defeats, Izetbegović decided to take the path of political despair and, unable to deal with his own political bankruptcy, directed the entire regime's artillery at individuals who expose the failures, crime and poverty of his regime - journalists, intellectuals and some opposition politicians.

There is no doubt that the Izetbegović dynasty and the current SDA structures managed to unite more or less everything and everyone that is not under the direct control of the regime against themselves, and from day to day, they are entering new affairs and they are getting closer to political end.

But as the end draws to a close, the panic will increase, and with it the willingness to resort to the most brutal methods of dealing with dissidents. Be prepared, because the worst is probably yet to come.

Face TV and ‘Avaz’ under attack by Izetbegović

The brutal confrontation between Izetbegović's regime and Face TV, but also "Avaz", was timed at the moment when it was announced that Izetbegović was running again for the Bosniak member of the Presidency of B&H in the 2022 general elections.

Namely, Izetbegović is aware of the huge influence that "Avaz" and Face TV, ie Senad Hadžifejzović, have in Bosniak public opinion, so he is trying and will try to turn off the voice of these two media, because their writings about corruption and crime of the regime drastically diminishes the chances of an election victory.

Additionally, Izetbegović is aware that these two media outlets cannot be bribed or controlled in any way, because they both operate in the market and depend on their readers and viewers, and not on the privileged from the budget controlled by the SDA. 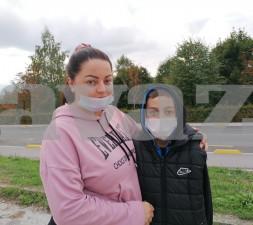 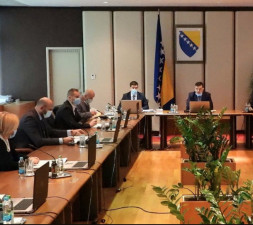 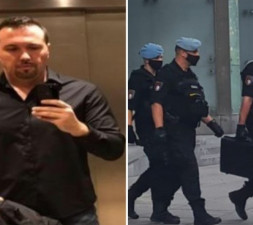